Underrated Heroes of the Current Patch

It might look weird to start a discussion on the underrated heroes of the current patch when the new patch is coming sometime soon, however, there is a reason for it. Quite frequently, when a hero gets some small buffs, it is not because of his actual power level, but rather because of his popularity. These small buffs are less of an attempt to make a weak hero more viable, but rather an additional reason for players to notice and play an already viable hero. Today we are going to discuss three such heroes, who are already quite good and who might get even better in the next patch.

Razor is a hero that constantly flies under the radar for most players. There are good reasons for it: after the latest changes to the hero, not only did he get weaker, but he also lost his ability to farm up fast, making him a very risky tempo pick.

That said, one should never underestimate two things about the hero. First of all, he severely punishes a lot of current meta characters. Static Link is among the best anti-carry and steroid tools in the game, but it works even better in a meta filled with heroes who are mostly AS-based. It might not work wonders against heroes like Sven, but it is still a strong damage mitigation and DPS tool that benefits your whole team.

Secondly, one shouldn’t also forget that it is one of the two abilities in the game that allows a ranged hero to keep attacking while on the move. Kiting, chasing, poking, etc. is much easier for Razor and it can make up for an inevitable economic difference between you and your target.

There is a good chance the hero is going to get a buff in the next patch as well. He is not particularly popular, and depending on whether there are going to be global changes that benefit all ranged heroes, he might become stronger through indirect means. That means, there is a good reason to brush up on this 1% popularity, ~55% win rate hero in preparation for the next meta.

Dark Seer is one of those “conceptually strong” heroes. His Vacuum is an incredible repositioning tool that can change the course of a fight in an instant, while Wall of Replica in a meta filled with right-clicking Agility carries is simply amazing. It is surprising, therefore, that the hero is only picked in ~2.5% of the games.

He is not a good pub hero, naturally. Dark Seer requires good coordination to fully reap the benefits of what he can offer. He also requires some strategic thinking during the draft stage: you need heroes who can combo well with Dark Seer and you need your enemy to lack dispels in lane, otherwise Dark Seer’s game is going to be much harder. Given the popularity of Oracle, it isn’t an easy task to fit Dark Seer into a draft.

Dark Seer, will not necessarily get buffed directly, but if it turns out we are right in our assumption that ranged carries are going to get buffed in the next patch, there are going to be more reasons to pick the hero. Extra movement speed to allow teammates to escape or chase, coupled with the flat +350 extra HP from a talent solves a lot of problems for and against squishy, glass cannon-type characters.

This one is a bit of a stretch, surely. He is played in ~3.5% of Divine+ games and has an unassuming win rate of 51.5%, but we feel like the hero will get buffed and will be a lot more useful in the next patch. This feeling is not necessarily objective, but Bounty Hunter was outside of meta for a very long time and it is about time he received some buffs to make him more viable.

His position in the game is currently a mystery and it is one of the biggest reasons the hero isn’t as viable, as he could be. He is a rather tame position four, not offering the same amount of utility and damage as heroes like Earth Spirit do. He isn’t a particularly strong safelane carry either, though there were attempts to shoehorn him into that role. He doesn’t provide the necessary amount of utility from the offlane and can’t really go mid.

That means, if there is a buff to the hero, it will probably be very specific, making him much more easily identifiable. These types of buffs also tend to be stronger in general. Our bet would be on the offlane for either position three or four Bounty Hunter. The hero can generate a sizable gold advantage and that means he can afford getting team items faster than some other heroes in the same position, while also slightly crippling the starting economy for the enemy carry.

The anticipation of the next patch is both annoying and exciting. On one hand, new meta and new hero can’t come soon enough: the current patch is overstaying its welcome. On the other hand, trying to predict what heroes are going to be the winners and losers in the next meta is a great pass time on its own.

We truly hope that today’s discussion will allow you to get out of your comfort zone and perhaps try something different, but not necessarily weak. These heroes work right now, and they might start working even better in the next iteration of the game, so it is the best time to start training them.

Who do you think will be the biggest winner of the next patch and which heroes are you currently spamming in anticipation of potentially massive game changes? Share your thoughts in the comment section below. I think CK is pretty strong right now as well, particularly in the offlane. His kit allows him to either sustain in trade wars, or be a potent nuker to wreck the enemy safelane or at the very least cause supports to rotate to the lane. Not to mention his Aghs is still global which provides his team with a basic dispel and what is essentially a DD rune illusion for your carry.

But then again, heroes like Sven are still a threat so maybe I have just had some luck with the games in my bracket. The matchup between CK and Sven is not that bad. In the early game, you won't really be affected by the Cleave since you have the crit to sustain yourself. In the late game, you can use your ultimate to dodge the stun that Sven has (with or without as), doing so will allow you to stun him and will typically result in a kill.

CK however has one main issue which is if you do not win the early game then you're not that strong unless you manage to have a comeback or your team helps you out. 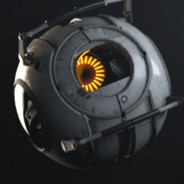 It's not that weird, if they bring their usual shape and don't release a new patch for a few months because of "reasons". I'm sure I'm about to get flamed by some guy who has 1000+ games on DK/Razor....but for me, Razor suffers from the same thing Dragon Knight suffers from: they are both kind of a boring heroes to play.

A passive that increases movespeed? Woweezowee! Now this is pod racing! What happened to grimstroke btw? The hero on paper should still be good, with and against certain matchups right? But I don't think I've ever seen a grim being played in like a 100 matches Great Article! I am interested in become a blog writer for DotaBuff. Can I please get in contact with someone about this? Thank you. Razor and BH got pretty weak in mid game (depends what role. If core could be hard to scale to objectives)