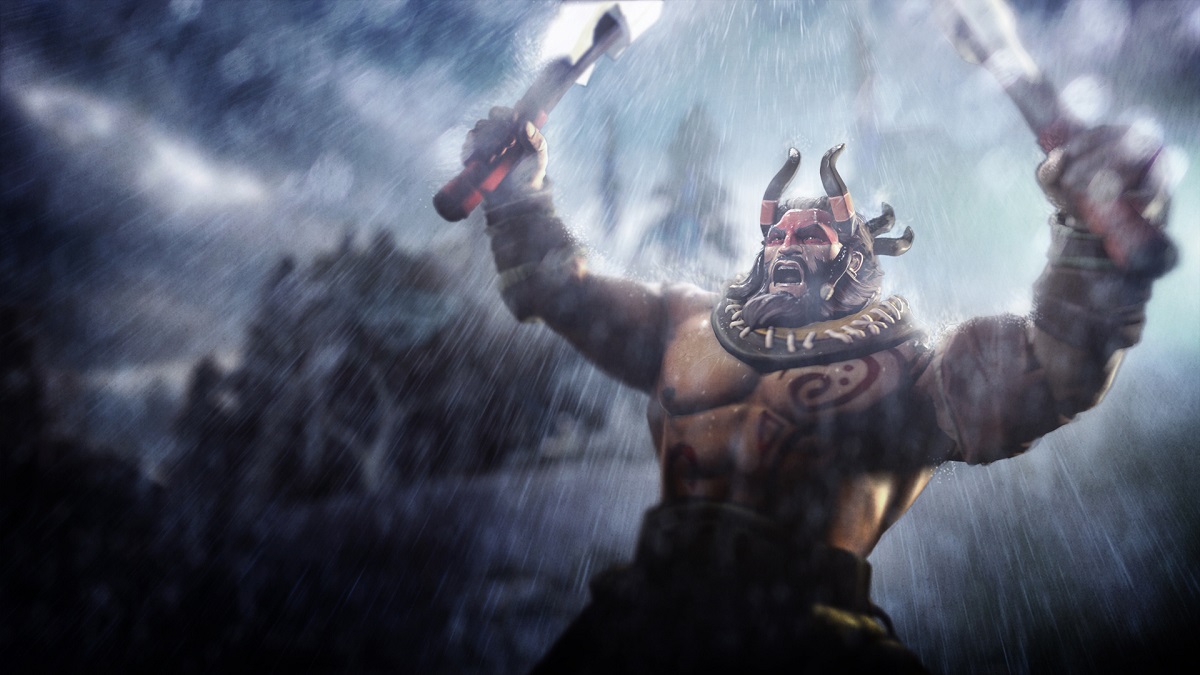 Perhaps it is premature to call the current meta settled, and perhaps there will be more balance patches in the nearest future, but today we would like to discuss the best offlaners in the game right now. As previously, we will concentrate on pub meta statistics and what works in the higher-level skill brackets.

The best offlaner to learn Dota:

At this point in time, it is more or less impossible to play at a decently high pub level in the offlane without knowing how to play Beastmaster. If there is one hero you want to learn to play when switching roles, Beastmaster is probably the best candidate.

He is among the trickier heroes, definitely, but given the amount of crowd control he has and how tanky his summons can be, Beastmaster is probably a good starting point to learn how to micro. Moreover, his summons don’t really give much gold or experience and don’t have a particularly massive cooldown, so giving them away once in a while isn’t a big deal.

The hero gets better with skill level as well: he trends upwards in both win rate and popularity in higher-level brackets. This was always the case and is one of the reasons the hero is so well respected and why we recommend learning him: even if he gets nerfed, he can still be a viable pick and when learning him, you will need to have a holistic approach to learning the game. The hero requires and touches on all facets of Dota but isn’t terribly punished when misplayed.

Beastmaster is probably the best hero to learn now, but as should be apparent from the section above, he is generally among the best heroes to learn. It so happens that currently, he is also the most successful offlaner in 4k+ games, courtesy of some small Necronomicon buffs in the last patch.

The best offlaner for casual games:

If microing, learning Dota, and generally tryharding isn’t what you are interested in, Underlord is the way to go. Of all the offlane heroes, he probably has the lowest skill requirement in terms of mechanics while also being very, very effective.

The hero didn’t change much in the last patch, and neither did his win rate. He still trends downwards in higher-level games but never falls below 51%. Even at his worst, the hero is still pretty damn good.

The reasons for it are simple: the hero has a wave clear, a very potent aura, strong push potential, great macro ultimate, some control, and a lot of survivability. He also has tons of options when it comes to builds. In 90%+ of your games, you will need to build team auras and utility items, sure, but depending on the enemy heroes, you can and should adjust your priorities.

If you are not feeling like trying too hard but still want to win, Underlord and chill is probably the best choice right now. On top of it, he is also generally great for players who struggle executing mechanically complex heroes and players on high ping.

The best offlaner for when you are in a party:

The popularity of Dark Seer is painfully low, but his effectiveness never falls below 52%. He is a decently powerful hero in the current meta who is certainly not underpowered. Tapping into his power, however, can be hard and typically requires some sort of coordination; hence Dark Seer is at his best when you are at least in a party of two, preferably a party of three and ideally in a full stack.

The current Dark Seer build revolves around Aghanim’s Scepter as early as possible and for a good reason. The +350 HP from Ion Shell on Aghanim’s, coupled with increased duration and extra charges is too good of an upgrade to ignore. If previously Dark Seer wanted to get to level 15 as soon as possible, to acquire this bonus through talent, currently the only thing he needs is gold. Given the nature of how this hero farms, getting gold is probably easier, hence an increase in win rate and viability.

However, if you are picking Dark Seer while playing in a party to simply squeeze out the undeniable efficiency of increasing HP of currently popular fragile agility-based carries with no health but tons of armor, you are a boring person. Pair the hero with Disruptor or Jakiro for some amazing combo potential, or add both Shadow Demon and Grimstroke to Dark Seer, to make sure the enemy will have to face himself first.

High average win rate, independence from support in lane, and good late game scaling potential make Tidehunter our pick for greedier solo players. Just to be clear from the start: we are not recommending players get Aghanim’s Shard on Tidehunter in the early game. It is powerful, but damage isn’t what the hero should be about in a default game.

Having the option of giving your team extra oomph in the later stages of the game, especially if your carry is struggling to deal damage, should not be underestimated for highly volatile solo games, however. More than other heroes on today’s list, Tidehunter can potentially carry the game.

It doesn’t mean it should be Plan A: your priority job is always to create space for your carry and initiate or counter-initiate team fights. But as a potential Plan C, it is definitely worth talking about in the context of solo play.

It would be greatly helpful if dotabuff could show the aghanim's scepter and shard upgrades when you click on a hero. then I saw the advantage.. Yeah no matter how you spin it, Tidehunter's agh's shard literally gives him the possibility to end games in 20 minutes, provided he goes with the Anchor Smash talent. Tier 4 towers literally do 0 damage to him after applying the debuff. It's nuts, one good tf and you won the game. I think beastmaster is great. But using him to learn dota? The hero is both conceptually and mechanically complicated. I spam underlord and would and agree with you on that one. Replace beast after with abaddon. The hero is ridiculously easy and has a super basic gameplan. My boi slardar and mars is good s tier offlaner too where is brew master? op of the patch! Btw play on abaddon and have good winrate where are my sand king? I got 9 wins and 1 loss on Sand King, He has good harassment in early game and even has harass synergy with venomancer in the offlane this current meta, i spam sand king and beastmaster. They are so good at pressuring the lane. Tidehunter is also considerably good in this current patch.