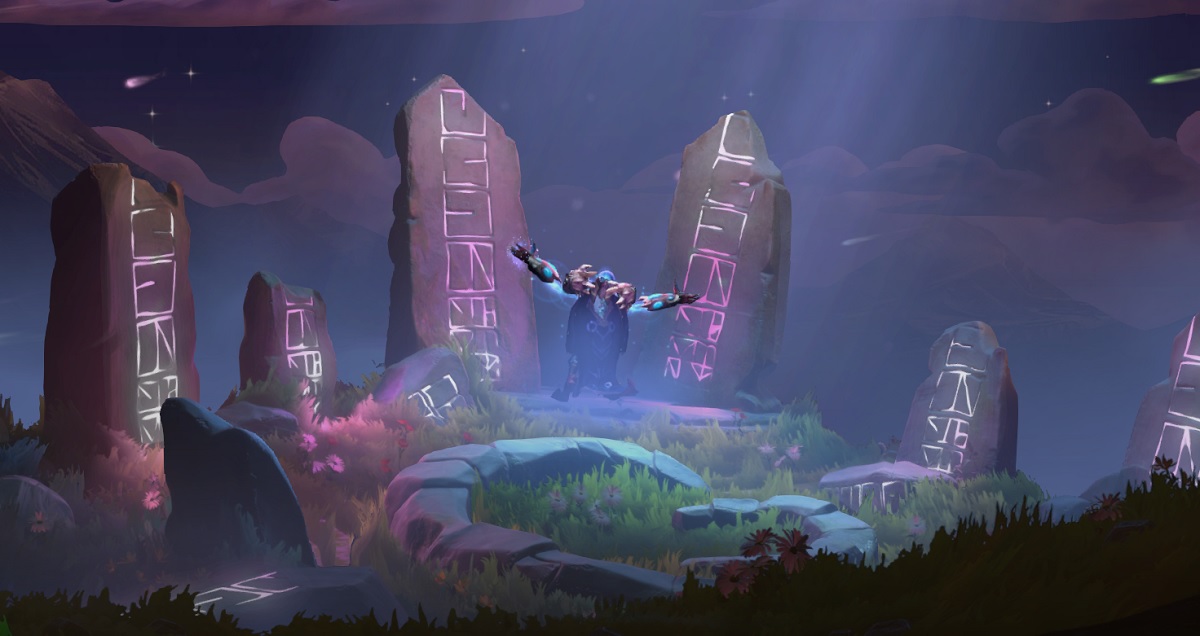 No matter how you feel about the new event, chances are you will need to play it to do your weekly quests. While it might not be that different from a regular game of Turbo Dota, there are still some extra things to keep in mind when playing Nemestice.

Nemestice really favors tempo heroes. Character, who are at their best in the 12-18 level range tend to perform really well. However, there are several caveats.

She is a tempo hero not because she is exceptional at fighting early on, though she is still very good. She is a tempo hero because in any regular game she can have three slots before minute 20, by farming the lane and jungling at the same time.

There is no jungle in Nemestice, so tempo heroes who get one or two slots and are already battle-ready are preferable to farm-dependent characters. For that reason, many of the best characters in Nemestice are supports.

Support heroes with strong nukes and some scaling potential are among the most powerful heroes in Nemestice. Let others pick their hard carries: we are going to be the ones who are useful 99% of the game.

Coupled with the ability to really ramp up in terms of ability damage, some nukers can really take off. Scaling nukers are especially scary, that’s why heroes like Lion, Ancient Apparition and even Skywrath Mage can be a good addition to any team.

They are not good at pushing, far from it, but they are really good at blowing up targets and we found that it is generally enough: as long as you can kill the enemy fast and consistently enough, you will be able to take towers. Speaking of consistency: we strongly advise against long cooldown heroes and suggest building CDR and AS whenever possible.

Regular builds require adjustment to Nemestice realities. Mainly, it has to do with how low-value attack damage items and spell amp items are when you gain so much of both from shards.

We all know that to maximize right-click DPS, one needs to keep Attack Speed and Attack Damage at roughly the same levels, and similar logic can be applied to Spell Amp vs. CDR discussion.

Kaya or Bloodstone with their ~15% spell amp are not going to be a game-changer, when later in the game heroes regularly have 50%+ spell amp from shards. We are not saying you shouldn’t build Kaya derivatives at all — they have their uses, Bloodstone especially. Just don’t build it when you need extra damage and go for CDR instead.

The biggest problem with Nemestice’s design is that it really favors the rat playstyle. Even after a couple of small fixes, heroes like Nature’s Prophet can be very frustrating to play against. Bans in this game mode are also not guaranteed, so you will frequently have to deal with split-push.

Mobility is king when it comes to trying to stop split-pushing heroes. The map might be smaller than the regular Dota map, but it is still big enough to take time to traverse. Heroes who can cover great distances fast, much like in a regular game, will be at a huge advantage and doubly so when dealing with split-pushing characters.

All Spirits, as well as Queen of Pain, fit well enough into the role of an anti-rat hero, while also being generally useful. They are also among the few heroes who greatly benefit from both spell amp and attack damage.

We feel like one should approach the Nemestice game mode similarly to a regular game of Dota, but with an extra serving of Rat. On one hand, it is definitely not as unique as Aghanim's Labyrinth from last year. On the other — it is a much, much better first stepping stone and introduction to Dota for new and returning players, which might have been the goal.

Personally, playing Nemestice with friends who haven’t played Dota in a while can be a blast: it is fast and very focused on teamfights, rather than macro and laning. It is also a great warm-up before the ranked grind. What are your thoughts on Nemestice? Do you enjoy the game mode, or do you prefer your events to be less Dota-like? Share your opinion and maybe some tips and tricks for Nemestice in the comment section below.