Is the New Tinker Secretly OP? 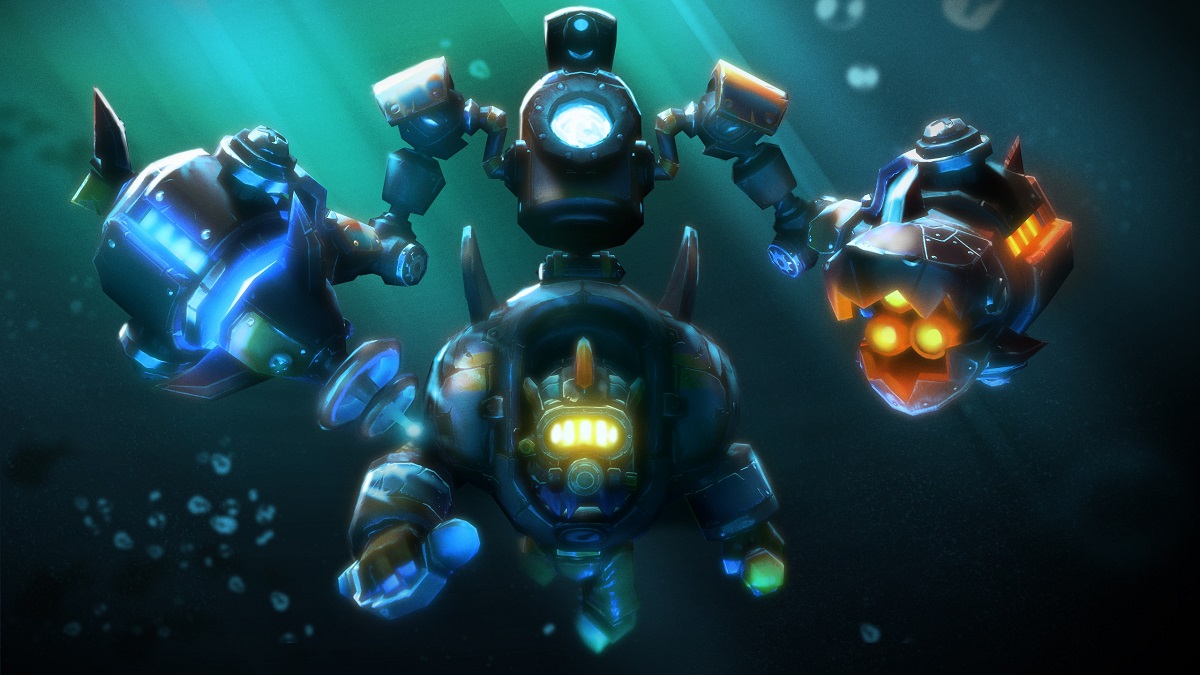 The Tinker rework in 7.30 was initially met with skepticism and disbelief. After all, the hero lost his main farming tool. What he got in return, though, is the reason he needed an early game farming tool in the first place. So isn’t Tinker better off now after being in a good enough spot already? Let’s take a look.

Initially, it truly looked as if Tinker got nerfed incredibly hard, dropping down to 45% win rate across all brackets, as players adjusted. This same period also marked increased interest in the hero: his popularity went from ~8.5% pre-patch to 15.25% at its peak. What is interesting, however, are the following trends.

After the initial drop, over the next two weeks Tinker’s win rate got back to pre-patch values, comfortably hovering around 50%: not necessarily strong, but still a decent hero. Naturally, one would expect that this increase was the result of the hero’s popularity dying out and similarly returning to pre-patch values or even lower, thus leaving only dedicated, successful players who play the hero. This isn’t the case with Tinker, however.

The hero’s popularity actually rose. It went from 8.5% to almost 10.5% and typically, when the hero’s popularity increases, their win rate drops, not get back to initial values. What is even scarier, though, is that apart from being a decent hero overall, Tinker also has an almost 55% win rate in Divine+ games this week.

In short, after the initial shock, more players now play Tinker, on average they win the same amount of games as previously, and at the highest level of play, the hero even got more successful. Are we looking at a potentially patch-defining hero without realizing it?

What did it cost? Nothing, actually.

Tinker needed farm to get Boots of Travel as soon as possible, transition into getting Blink Dagger and then there were several different builds, concentrating on either damage or utility. The first two items, along with Soul Ring, were mostly non-negotiable. They were too important for the hero to work. Later on, the hero frequently transitioned into Boots of Travel 2 as well.

Nowadays, the hero doesn’t need Boots of Travel anymore. Hence, he isn’t as farm reliant as previously, at least in the first 15 minutes of the game. Hence he doesn’t need to skill up his farming tool he no longer has access to anyways. Hence he can get both of his nukes maxed out by level nine. Wait, what?

The simple fact that the hero no longer needs any kind of boots and is free to purchase Blink Dagger right after getting Soul Ring means that Tinker turned from a greedy farming core into a high spell damage tempo core, who is still among the most obnoxious late-game heroes in the game

Looking at the guides page it is easy to see that most competent Tinker players can get a pre-10 minute mark Blink Dagger. They also have 80%+ team kill participation. For reference, here is the Zeus guides page, which features roughly the same kill participation stats.

Tinker is a global menace with incredibly high tempo, massive teamfight presence, tons of damage and incredibly scaling. Oh, and the hero also has one slot extra, compared to other cores, since he doesn’t need boots. The hero might not have gotten stronger tactically, per se: he is just as effective as previously, but significantly earlier. But what about his macro presence?

One of the Tinker’s weaknesses was that while he was very effective at choking the enemy team, he simultaneously did the same to his own team as well. Farming as a greedy position one with a Tinker on your team was close to impossible. Nowadays, Tinker is a space creator, rather than space taker and that means come late-game, you are not battling Tinker and his underfarmed position one buddy. You are fighting against two well-fed cores.

This is a bit of an exaggeration, surely, but there is quite a bit of truth to it. Tinker can no longer shove waves as effectively and can’t hold high ground as well as previously, at least not until minute 20 and even then it isn’t as potent. At the same time, this doesn’t mean that his team gets less money. It just means that wealth is distributed more evenly between the members of his team and this is definitely a massive win for pub Tinkers and something pro Tinkers can play around.

Overall, it made the hero considerably less frustrating to play with and against. While he can feel just as oppressive in the later stages of the game as previously, perhaps even more so, courtesy of an extra potential slow, he shouldn’t be this much of a nuisance to deal with, if your team plays fast or has a sizable enough lead. Translating a Net Worth advantage into objectives is much easier against the new Tinker. Getting there is slightly harder, though.

New Tinker is still in the early stages of experimentation, but looking at the stats from the last two weeks, it seems like the hero might have gotten stronger at higher levels of play, while being simultaneously less frustrating to play against for newer players. The last part is especially welcome, given how Tinker was only rivaled by a select few in how annoying he was to deal with.

That said, we still feel the hero might need a nerf or two before the International, at least if the trend of increasing win rate and popularity continues. Do you agree with us, or do you think the new Tinker is weaker than the old one? Share your thought in the comment section below.

Great article! I hate Tinker, I sure hope we don't start seeing him in every game. Tinker lost his tempo and ultimate ability - defending dead zones on the map early/mid game which is actual space creation for his teammates. Tinker is one of the weakest midlaners, now it's much easier to break his tempo and dominate early game against.
Vavle's probable idea of injecting this hero into pro-dota arena obviously not working. Stop trying to get Tinker nerfed you idiot. He barely has a 50% WR

With the loss of his March early if you have a bad laning phase you never get to play the game because you can’t farm at all. He will never be in a pro match because a simple orchid build shuts him down completely, along with a silencer, specter or storm spirit. The hero is only good in solo queue and even then it’s not that good Tinker got nerfed imo, now silence destroys him even more than ever.

I think something people are under looking is that tinker is being played as positions other than mid (which is suboptimal for the hero) as people experiment with the changes; this initially hit the hero's winrate pretty hard. With that said, the hero is still a mid. The point of giving him a free boots of travel is that you no longer have a farming hero that transitions into a tempo hero. This sort of playstyle is traditionally unintuitive, especially from a mid. The only other hero that sort of pulls this off is storm spirit; he often spends the first 10 to 12 minutes of the game farming an orchid before running around doing work. Tinker used to take significantly longer and the payoff often wasn't worth it compared to other heros' playstyles. Free bots is a steroid for core tinker, not an excuse to play the hero as a support. He still needs quite a few items to be effective in his role. Didn't read through the article, I'm just commenting the title.

WDYM "Secretly OP"? Every single pro player has been screaming that the new tinker is OP since the 7.30 patch came out. The initial winrate drop was caused by brainless tinker spammers that only know how to mash keys. All good tinker players have adapted and are now destroying with the new tinker. It's also easier to get into tinker, since you can start playing him as a support and switch to midlane after you get used to him. Everyone complaining that silence kills tinker more than ever, most tinkers I play with/against still buy boots, but buy guardian greaves instead of bots - able to purge silence quite easily between ults.

I'm sure giving Tinker a built-in Boots of Travel will lead Icefrog to give boots their own dedicated slot like with the TP Scrolls. Cause if every hero needs them (fight me all you want, all heroes need SOME form of boots, even brown ones), why must they take up a precious inventory slot?

Biggest buff is that Tinker's laser is now aoe compared to single target? Did anyone miss that out?

I was hoping this article would include the Guardian Greaves exploit, where mana boots doesn't give mana - but then guardian greaves not only refreshes, but provides free mana on each refresh. Essentially, an uncontested tinker has unlimited rockets with soul ring + guardian greaves nowadays I see a lot of Tinker supports. W and Q puts a high pressure in the lane TBH. Still I don't think it's the most optimum support BTW but might be viable at good hands. I dont think hes that great tbh. He still has insanely high mana costs for his skills and it makes it difficult to spam them in fights and he has to constantly tp back to base when a fight breaks out to refill his mana. I'm sure giving Tinker a built-in Boots of Travel will lead Icefrog to give boots their own dedicated slot like with the TP Scrolls. Cause if every hero needs them (fight me all you want, all heroes need SOME form of boots, even brown ones), why must they take up a precious inventory slot?

Some really good points here. Icefrog likes to cut down on redundancy a lot, when an item is always bought on a hero they will either change the hero so its no longer needed 100% of the time (invoker aghs scepter for example used to be like boots of travel on tinker until the hero was reworked in 7.23) or just build the item into the hero as is done here with tinker, or just make a new slot for the item, like Icefrog did for tp scrolls.

However, making a separate slot for boots runs an additional risk, logically it makes sense, all heroes need to wear some sort of clothing, but why only boots? What about hats? Why not a separate hat slot for everyone as well? In addition to that we would have to contend with the dilemma about what to do with the heroes who do not have legs or have more than two. How are you going to justify giving Enigma or Io a separate slot for boots? It just doesn't make sense thematically. fuck tinker and ppl who play the hero