Heroes Who Desperately Need a Nerf

Last week we discussed a couple of heroes who are struggling in the current meta. Today, we are going the opposite direction. There are always some slightly overtuned heroes in Dota and we will highlight the most egregious examples of the current patch.

Naga’s rise to power was slow, but very steady. Little by little her playstyle was refined to a point, where she managed to become a meta character in a patch where

Leshrac was one of the strongest and most popular picks. Now, with the Disco Pony gone, her reign feels even more oppressive.

There isn’t a particular trick or a significant change to how one would approach playing Naga. She is still a flash-farming, illusion based hero. The changes mostly came in terms of the hero’s itemization, but given how fast Naga can farm, Itemization is basically her whole game.

Diffusal Blade builds. Ever since they made the item mostly irrelevant on Illusion heroes, its days on Naga were numbered. It is simply not worth spending gold on, with

Yasha, one of the best acceleration items in the game, rightfully taking the first slot space on Naga.

Later progression also skips Aghanim’s Scepter. That was the go to build for a while: with an upgraded, powerful Ensnare and stats from Aghanim’s, Naga could meaningfully contribute to the early game fights. She can contribute even better by going

The way the hero is played right now is by initiating with the Song of the Siren, getting on top of supports and obliterating them in seconds with the help of Ensnare+Orchid combo.

There is nothing most supports can do about it:

Glimmer Cape is fully countered by Ensnare and given the current speed and cast point of the ability disjointing it point-blank is impossible.

Force Staff provides a momentary respite, but it is far from being enough: Ensnare lasts for a very long time and Naga Will catch up to you.

There is very little a support can do, essentially making it so every fight starts off as a 4v5 in favor of Naga. Between her own high stats and her high farming speed, there is a good chance the hero would fare well even in a fair fight. In a 4v5 taking on Naga after she gets her Survivability item, be it

Heart of Tarrasque or

Eye of Skadi, is a very tough proposition.

The hero needs to be bonked with a nerf hammer, though we are not sure about the direction of nerfs. Personally, we feel like her farming speed is a little bit too high and Ensnare is just a little bit too good against support heroes who can’t afford early Dispels. Maybe a lower duration on Ensnare could solve the problem?

Another sea-dweller who made it to the top of the Dota world. Slark appears in almost 20% of all high level games and wins 54% of them. This is not normal, though making Slark work is definitely a little bit less trivial than making Naga work.

Slark is not a flash-farming hero. He can farm ok with a maxed out Dark Pact, but one can’t expect to see him six-slotted thirty five minutes into the game. What the hero does offer is a lot of disengage potential and a ridiculous amount of survivability, especially for a hero with <2 Strength growth per level.

The problem is, if you don’t kill Slark outright and he gets to momentarily get out of your vision, you have to run. His team most likely teleported in already or in the process of doing so, while Slark himself is regaining most of his lost HP in a matter of seconds.

As such, it is a hero that requires good crowd control overlapping, while also punishing any greed. If the hero isn’t stunned for even a 0.2 second, he gets off Dark Pact and Shadow Dance and is ready to counter-initiate.

The worst begins when Slark gets to make his teammates similarly annoying and elusive. He doesn’t necessarily have a teamfight presence per se. He is a single-target focus hero and it’s not like Slark kills heroes too fast. He is not even a burst-type character like

Aghanim's Shard is perfect for that. Not only does Slark himself get a second ultimate, his whole team gets to benefit from it. We can’t but admire such a brilliant design from a gameplay perspective, while also being slightly annoyed by it.

Dealing with the hero should probably involve dealing with his elusiveness first and foremost. Maybe Dark Pact self-purge could last a little less, or the delay on it could be reduced. Perhaps Depth Shroud could have its cast range reduced from 800 to something melee-range, so that Slark can’t save his teammates as easily. After all, it is the same treatment

Weaver’s Aghanim’s got back in the day.

Perhaps Slark could lose the ability to deward perfectly, though it will take some creative thinking. Any support player knows how annoying it is to play against a good Slark and how impossible it is often to gank them.

What we wouldn’t like to see is further stat nerfs on the hero. Slark has one of the lowest if not the lowest combined stat growth in the game and reducing it further could break the hero in half. We hope there is a creative solution, we are just not sure what it is.

We feel like a lot of our readers expected to see Razor here, but the latest trends show a significant fall in his popularity and success. People are rediscovering

Wraith Pact, that does wonders against almost full physical Razor. Players also have more respect for heal and regeneration-reducing items, identifying that the problem might not be Razor himself, it is Spell Lifesteal from

Bloodstone that is overpowered. Slark is so annoying to play against.
Also, First. Im surprised Silencer hasn't meet the need-nerf threshold, not even as honorable mention. The hero wins 55% of games, it is quite viable as both support and mid, and the hero has a too low cooldown for global now, allowing him to use global just for a gank. 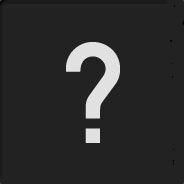 Fixed the Slark section, my bad.
Razor is not 100% of the problem, though, it is mostly Bloodstone being too good.

I'd really like to see Juggernaut nerfed.. it doesn't matter if you dumpster him in lane, if he gains any sort of space he just snowballs too hard Razor is too strong with bloodstone Razor and Leshrac are still way too strong, especially if you don't have lineup who can burst down or isolate the hero from the team. Legion needed a nerf 4 patches ago; this hero is so polarizing in pubs it's not even funny. Legions move speed is too high, the passive is too strong, the ultimate cooldown is too low, and the insta-kill potential with blink blade mail is ridiculous. Other than that, juggernauts Q could use a duration / damage nerf for the early game and silencers ultimate shouldn't go through bkb. Slark's winrate in pro games in the last 30 days sits at 50.2% (from 237 games), meanwhile Brood and TA both have a similar number of games played but both with 57.9% winrate
Right now Lycan has 57% winrate in immortal bracket.
Riki has a higher winrate than Slark across all brackets and is FAR more annoying to deal with for the average disorganised pub team.

Remember that 85% of all people who play DOTA do so in the Herald to Legend brackets, and in all of those brackets slark has a winrate of 51%... hardly seems OP, especially for a hero with a reputation as a pubstomper in low skill games.

Anyway... I digest.
To sum up, Slark feels like he is in a pretty good place to me, he's moderately strong but by no means broken... he has been considered anything from trash tier to "average at best" in high skill pubs and pro games for YEARS now and it's literally only been in the last 3 months that he has finally had a moment in the spotlight. Harsh nerfs seem unreasonable when you consider how long other heroes have been allowed to remain legitimately overpowered without any nerfs. It would be nice if they could rework the following heroes: lmao there are heroes that are way more OP, naga is nothing